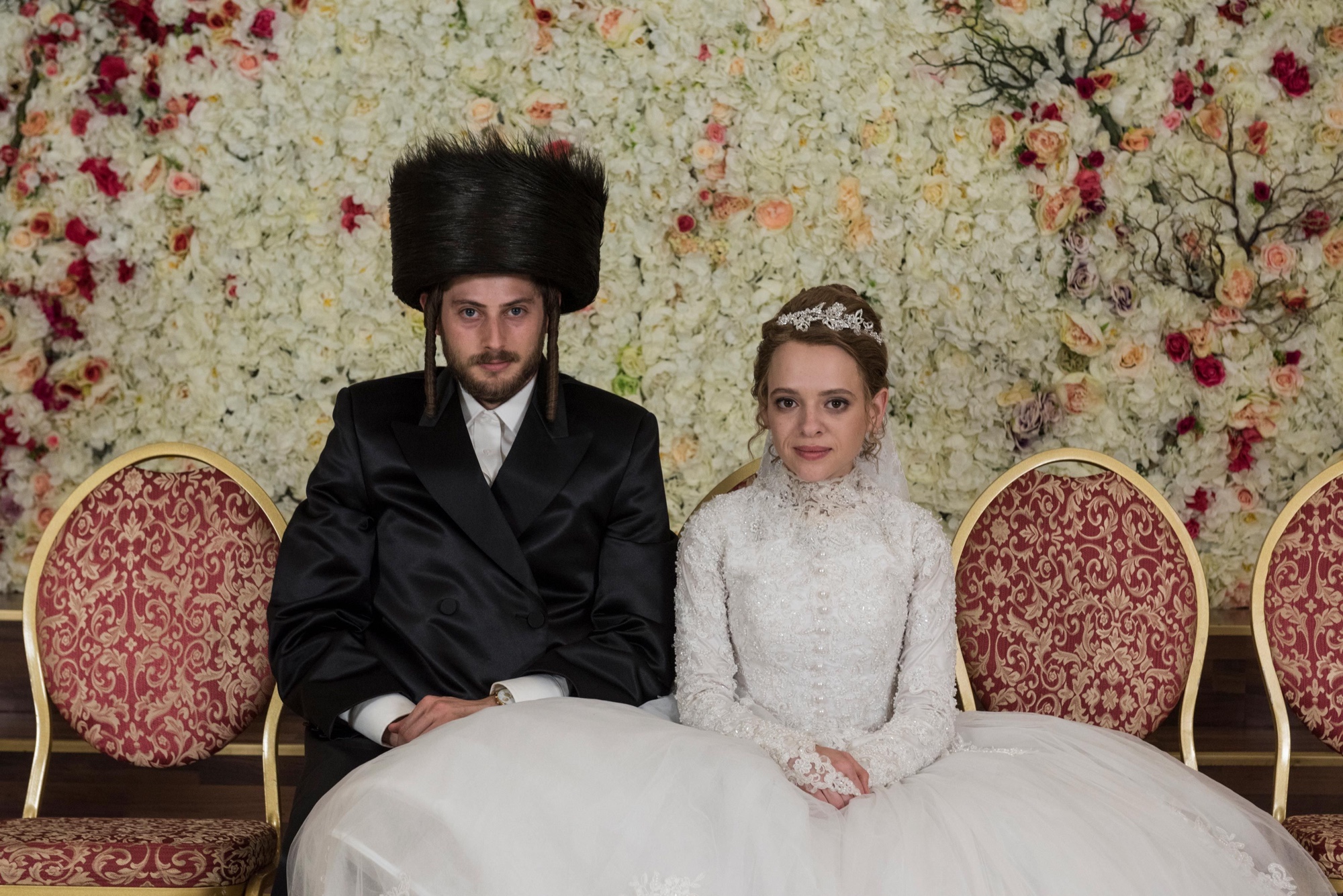 It’s good to know that even in quarantine, my old friend synchronicity can still visit me.

I watched the Netflix miniseries Unorthodox after reading the review from Vox‘s Alissa Wilkinson and am so glad I did. Based on the true story of a young ultra-Orthodox Jewish woman fleeing her community in Williamsburg, it’s just four episodes but packs a powerful punch.

Esty, the young woman, is 19 and married to Yanky, an equally young ultra-orthodox Jew who’s serious and withdrawn. When they don’t immediately conceive a child—as is the expectation in their religious and cultural milieu—their marriage strains to the point where Esty begins secretly orchestrating an escape.

One of the leitmotifs in the series is Esty’s relationship with music. Since in her community it’s considered immodest for women to perform in public, she hasn’t been able to live out her passion for music except through the memory of listening to her grandmother’s favorite choral music, and then only through taking piano lessons in secret with a neighbor.

When she does get the chance to perform later in the series, at an audition for a music academy, she first sings a Schubert piece that was a favorite of her grandmother. When asked to sing another, she digs for something even more personal. In The Thrillist, Esther Zuckerman describes this powerful moment:

In a strong chest voice, she starts to sing in Hebrew. The tune, which is never identified by name, is “Mi Bon Siach,” heard at weddings when the bride and groom are under the chuppah. It’s a melody that played when Esty and Yanky were getting married in the second episode, and Esty’s choice of it resonates with both rebellion and irony. It’s a song that should signify her bond to a man, but she’s turning it into something that can extricate her from that bond, using a voice that she wouldn’t have been able to use in her former world where women’s singing is prohibited.

And this is where synchronicity arrives. The day before starting Unorthodox I read the article “Contrapuntal Order: Music Illuminates Social Harmony” by John Ahern in First Things. A doctoral candidate in musicology at Princeton, Ahern writes about how the musical concepts of counterpoint and harmony relate to marriage and relationships. Counterpoint, he writes,

is the accumulation of multiple melodies. It is like Louis Armstrong playing an improvised tune on his trumpet at the same time as Ella ­Fitzgerald sings “La Vie en Rose”—two different melodies simultaneously. Neither is subordinate to the other, or, if there is subordination (perhaps we listen a little more to Ella’s voice than the trumpet), they are both melodies, a status that the piano, plunking out chords in the background, does not share. In true counterpoint, all the sound created is produced by people singing or playing melodies. If we lived several hundred years ago, we would say that “harmony” is what joins and holds together those melodies, their counterpoint, in a pleasing fashion.

I’ve always loved counterpoints in music. They’re a great way to juice up a final chorus, like in the climax of “Non-Stop” from Hamilton. [Update: turns out the official term for this is quodlibet!] And they are the perfect metaphor for the relationship between Esty and Yanky, and between the competing “melodies” within Esty during her time of personal and spiritual upheaval.

As Ahern writes, “when two melodies coexist, the glory is their coexistence. But there is no harmony among things that are too dissimilar. The melodies must have an awareness of and reliance on each other in order to live in concord.” However, “if the two melodies resemble each other too closely, they lose their identity. The glory of harmony, of concord, is that the elements are different.”

Having grown up in the same cloistered culture with a shared worldview, Esty and Yanky were arguably too similar to inhabit true harmony. Especially since as a woman in a severely conservative milieu, Esty had no true autonomy and no identity outside of being a baby-maker (which she says explicit in the show).

Unorthodox is the story of how that changes. Esty’s journey from passivity to power—paralleled by Yanky’s own existential awakening—mirrors the counterpoint view of marriage, which creates harmony in its original sense by allowing and even demanding coexistent voices. This contrasts with the more conservative “complementarian” model of marriage, with one spouse (usually the wife) filling in around whatever space the other (husband) inhabits. In the older sense of harmony, writes Ahern:

one person singing is no threat at all to another person singing. Sounds are not quantities or physical objects; for one to exist in the same space as one another is not only possible but desirable. The challenge is to get them to sound good together. This requires some chronological hierarchy—one party needs to lead and the other follow—but this, as we discovered above, does not mean that one party will sacrifice more autonomy than another. Both must sacrifice independence for the sake of symmetry.

Perhaps you can see now why this article spoke (or sang) to me while watching Unorthodox. Competing melodies in music and marriage can work only if they are composed with intention and care within a shared song. How Esty’s melodies do or do not harmonize within herself and with Yanky are what make Unorthodox so compelling, and I encourage you to seek it out.

(I also recommend reading Ahern’s article in full for a much richer explication of the counterpoint theory.)

This site uses Akismet to reduce spam. Learn how your comment data is processed.